Jonathan's Art Dilemma No. 17: What are exhibitions for? 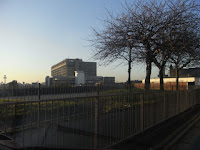 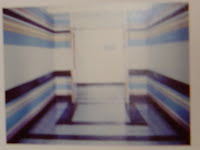 The Royal Liverpool Hospital is on the verge of redevelopment. The main building will soon be demolished. This was the site for Bridget Riley's brief foray into public art. 1979, asked to decorate the corridors of the new hospital, Riley designed a system of colour coding. One that used pattern and colour intensity to indicate where you were in the hospital. What Riley thought would be simple turned out to be incredibly complex. For respite she went to Egypt. In the temples she saw how the ancient Egyptians had used multi coloured palettes, how they had painted with the architecture rather than trying to obliterate it.
Bridget Riley returned invigorated. Bold horizontal stripes of blues, mauves, pinks, black and whites. Rather than paint applied directly onto the walls she had the designs printed on to vinyl wallpaper, this would hold the colours better, be simpler to clean or repair.
Three years later the designs were painted over. What was planned to be calming and uplifting received a critical thumbs down from patients and staff of the hospital. ‘Too hectic’. The walls returned to drab normality.
No remnants remain. I’ve spoken to those who were involved at the hospital. Questions are treated with good grace and humour, but even now you can tell that they were relieved to see the wallpaper taken down. I wonder whether there are a few rolls in a store cupboard somewhere? It would be interesting to hear what Bridget remembers about the experience.
at 02:54 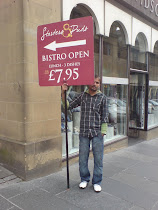 September through to December 2010 I was ‘animateur in residence’ at Fabrica in Brighton. This was during the House of Vernacular, an exhibition curated by photographer Martin Parr. It consisted of seven different collections of photographs presented in a series of theatrically styled rooms built into the gallery. Animateur (or artist in residence) is a loose term which Fabrica are still trying to define. Each resident offers up a new perspective. I took it as an opportunity to advance certain topics that are becoming apparent in my own work. How to integrate photography into action + what happened to the idea that work can be exhibited beyond white walled galleries and their more recent pop-up derivatives. I wasn’t expected to produce new work, but to use the vernacular exhibition as a spring board for discussion. In the end I returned to a project I was already working on, stories and portraits of people who work at night. What does the 24hr economy feel like for those who are involved in making it happen? This became two blogs, a series of useful debates and a portable Nightworker exhibition carried around the city centre at night. This blog looks at differing ways of presenting work. The second blog, www.a-n.co.uk/artists_talking/projects/single/679476 follows the progress of the Nightworker portraits. 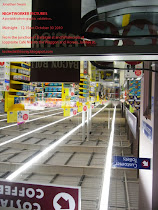 I am often described as an visual artist but why? My practice has always been outside the conventional gallery space and I could be more easily categorised as an instigator of massive happenings, mobile automissions, gatherings, and disturbances. The only time I have used galleries is when my work is commenting specifically on 'art' itself. So, what are exhibitions for? I am using this role of 'animateur' for the House of Vernacular as an opportunity to share my dilemma with a wider audience. 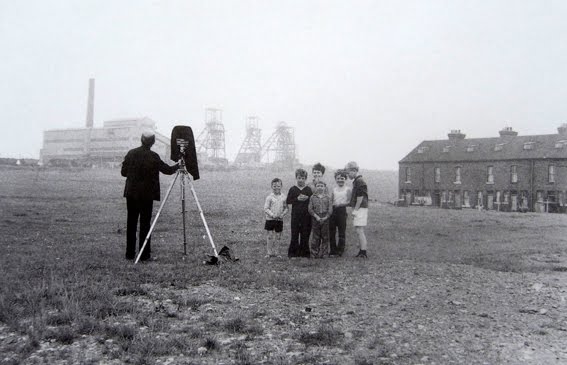 I Will Not Make Any More Boring Art

Flyer to promote Nightworker mobile exhibition at the opening of the PhotoBiennial.